The Bell FC are based in the hamlet of Golden Green and are affiliated within the West Kent Sunday League, division 4. The football team had folded 10 years ago, and after much talk a new club was created. The local pub held fundraisers for the team, and with help from The Pool People, the club purchased all the kit and equipment needed to start playing in time for the 2013/14 season.  Golden Green has no football pitch, so the Bell FC play close to home at Five Oak Green recreation ground and use Capel Village Hall changing /shower facilities.

The Bell endured two tough seasons as a new club but were taken over at the beginning of the 2015/16 season by player managers Jason Goldup & Glen Nicholls. With a number of new players, the club is competing for promotion so watch this space! WKSL Division 4 Link: 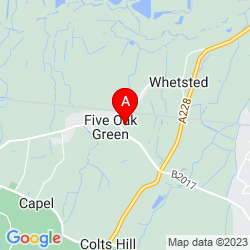